Dr. Raj Miniyar is a Board Certified Pediatrician and is a fellow of the American Board of Pediatrics with more than two decades of global level experience from two continents. He did his medical training in Bombay, one of the most populous cities in the world. He graduated from India’s flagship medical institute, Seth G.S.Medical College, which treats 1.8 million outpatient visits annually. He completed three years of residency in pediatrics at the Wadia Children’s Hospital in Bombay. After coming to the USA, he took an additional three years of residency in pediatrics at Children’s Hospital at Maimonides, New York. In 2002, he moved to Dalton, Ga where he served as a front line pediatrician in a busy private practice for six years. This extensive and rigorous training distinguishes him and enables him to provide world class care to his patients. He is fluent in English, Spanish, Hindi, Marathi, Urdu, and Marwadi. Dr. Miniyar moved to Rome, Georgia to establish Dr. Miniyar's Pediatrics, P.C. in 2008. At present, Dr.Miniyar's Pediatrics has a total of ten providers and four locations: Rome, Cartersville, Cedartown, and Trion, Ga. Dr. Miniyar conducts a free Pediatric clinic at the Rome location on Wednesday afternoon. At his core, Dr. Miniyar is a pediatrician, “ Who Listens…… Who Cares ”.

Here Are Some Cool Things You Can Do On Our Website

Become A NEW PATIENT OF OUR PRACTICE

Apply for A Job

BACK TO SCHOOL SUPPLIES HELP Application

NOT HAPPY WITH OUR SERVICES ? File A Compliant

Dr. Miniyar is committed to providing world class care with a compassionate personal touch and total patient satisfaction. He believes in being an advocate for his patients in home, school and community. He understands that great pediatric care takes time. Each child is unique. Each requires a diagnosis and treatment plan tailored to those unique needs. At his core, Dr. Miniyar is a pediatrician, “ Who Listens…… Who Cares ”.

Dr Miniyar provides care right after birth through adolescence. Dr Miniyar believes well child visits are the most important visit to ensure proper growth and development of children. These preventive care visits also can cut down on sick visits throughout the year by keeping children up to date on routine vaccinations. 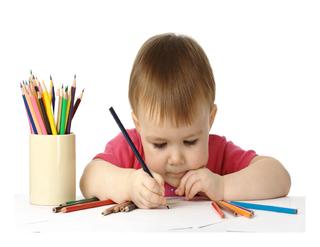 We offer a sliding fee schedule for self pay patients. Please click below for more information.